We are a group of Volunteer HAMs, serving our community.

The Mission of OEM Comm is:

The Pima County Office of Emergency Management (PCOEM) has a special relationship with the local ham radio community. Some of these licensed amateur radio operators have committed, as registered Pima County volunteers, to furnish communications support to PCOEM during emergencies, thereby performing a vital function in the County’s response capability.

The group, known as PCOEM Communications (OEM Comm), deploys only when requested and uses PCOEM resources to fulfill its mission. Since actual emergencies occur infrequently in southern Arizona, OEM Comm practices readiness by supporting regional events where radio is the preferred, and often only, method of effective communication. OEM Comm ham volunteers may be the sole link between a cyclist or runner and the medical assistance that could save his or her life.

OEM Comm is broken into four teams to cover specific areas of operation:

Hospitals Team support our local hospitals by providing radio operators to staff the hospital’s amateur radio stations.  In an emergency, these teams would pass traffic to each other, and back to PECOC.  They also manage the Southern Arizona Region Hospital Net on the third Saturday of the month, immediately following the Southern Arizona Region Emergency Communications VHF Net.

OEM Comm maintains four repeaters in the county.  Two on Mt. Lemmon, one at the PECOC building, and the last at Child’s Mtn in Ajo, AZ.  The call sign used by all repeaters (and the PECOC radio room) is N7OEM.  Details about these repeaters can be found in the OEM Comm Frequency Chart .  These repeaters are open to amateur radio use whenever nets, events or incidents are not in play. 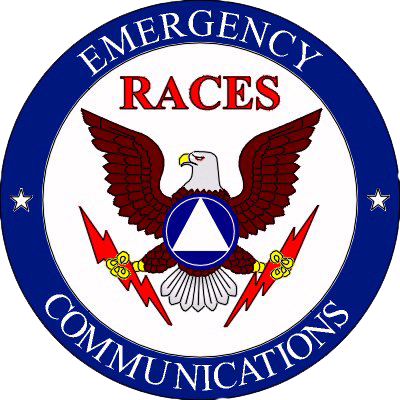 Formerly known as Pima County RACES, OEM Comm has its roots in a protocol created by the FCC in 1952, when the Cold War was ramping up and the fear of atomic weapons pervaded daily life in the USA. Recognizing that licensed amateur radio operators could play a vital role in communities devastated by a nuclear disaster, the FCC designated the radio amateur civil emergency service (RACES), a protocol that can be invoked only by a local civil defense agency and only when the President closes the amateur airwaves in response to a national security emergency.

When invoked, RACES authorizes amateur operators registered with the agency to transmit and receive messages of a specified format and content on predetermined amateur radio frequencies. In subsequent years, local government agencies all over the country registered area hams as potential RACES operators, all sharing these key tenets: Know and follow emergency management practices and procedures, and deploy only when directed.

While some groups have retained the “RACES” moniker, others have relinquished it, recognizing that not a single emergency requiring the invocation of RACES has ever occurred and that an agency does not have to invoke RACES for them to activate. OEM Comm may no longer call itself RACES, but the long-established tradition of emergency management training and agency-directed deployment remain core aspects of its continuing commitment.